Clover as well as Talend, in this second emision of tests with the new hardware, have shown a remarkable reduction in time. However,Pentaho took the lead respecting the initial three. The data flow of the three abovementioned (in rows/sec) between SOURCE and TARGET is similar,at around 150.000 per second. Nevertheless, PDI offers an advantage regarding the other two available options. El CSV Input Step, has a configuration parameter that allows "to run parallel", therefore, depending on the number of copies established , you will get different dataflows, each of them reading the entrance file. 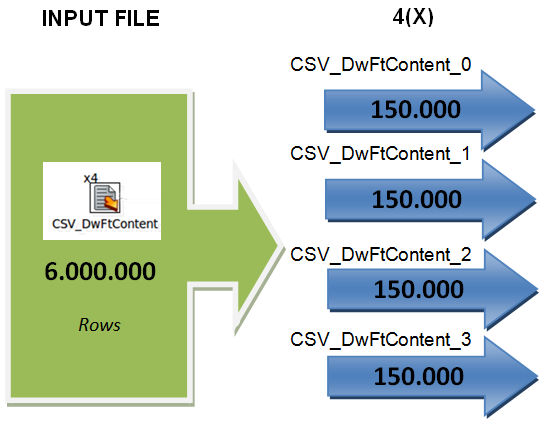 As shown in the in the picture above,in our particular case the 150.000 (aprox) registers per second, multiple per the four configurated copies, obtain as a result, a quarter of the time compared to the other two.

We should bear in mind that this competitive advantage is present in the other two tools, (with different implementations) but it is not available in CE versions. For example in Clover, the reading in parallel is obtained with the Stage "Parallel Reader" which is not in the version Clover ETL Designer Community, where we only have "Universal Data Reader". 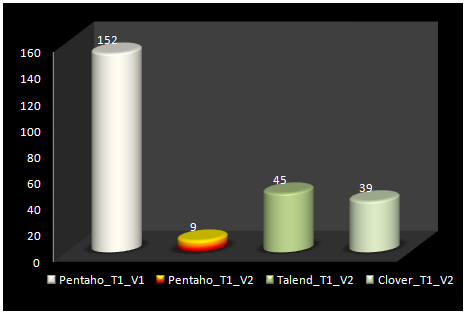